Evidence suggests talc products, when used for feminine hygiene purposes, increase the risk for ovarian cancer. Johnson & Johnson, the manufacturer of Shower To Shower and other talcum powder products (like baby powder) has recently been hit with back-to-back multi-million dollar verdicts.

Why Are People Suing Johnson & Johnson?

Evidence suggests talc products, when used for feminine hygiene purposes, increase the risk for ovarian cancer. Johnson & Johnson, the manufacturer of Shower To Shower and other talcum powder products (like baby powder) has recently been hit with back-to-back multi-million dollar verdicts. After hearing weeks of evidence of corporate greed, separate juries in St. Louis, Missouri, awarded large verdicts ($72 million and $55 million) to families of victims who developed ovarian cancer after prolonged use of talcum powder for feminine hygiene. Both juries came to the same conclusions, finding it likely the long-term use of talcum powder caused the cancer AND that Johnson & Johnson likely knew about and hid these dangers from its customers. Evidence suggests the company has been aware of the potential risk for developing ovarian cancer since the 1970’s and continued to hide those dangers from the public!

The $72 million award issued in February of 2016 consisted of $10 million in compensatory damages (to cover economic and emotional losses) and $62 million in punitive damages in an attempt to send a serious message to Johnson & Johnson. There is no doubt these awards were based largely on the contention that Johnson & Johnson has known for decades of the possible link between cancer and ingredients in its talc products yet failed to warn the public of this hazard.

Similarly, Johnson & Johnson was ordered to pay a California woman $417 million, which included $347 million in punitive damages. Punitive damages were awarded to deter the defendant (Johnson & Johnson) and others from engaging in similar conduct such as hiding knowledge of the link between baby powder and ovarian cancer.

Jessica and Carlos are the best. Truly heaven sent.

Great lawyers - very helpful and professional. Attorney Longo and Rick did a great job & kept me informed at all times.

Jessica & Carlos were extremely helpful & caring as well as the whole staff. Only place I will ever go to. They are the best.

Thank you Amy for keeping me updated and answering all of my questions.

Thank you for all your help and making this so easy for me!

My first need of a law firm and I applaud The Ruth Law Team and Ms. Amy Catledge with her tireless work on my behalf. Ms. Amy worked with me the entire course of the settlement. I am very happy!

What Are Talc Products?

Talc is a mineral made of up various elements including magnesium, silicon and oxygen. Talc is ground to make talcum powder, which is used to absorb moisture and is widely available in various products including baby powder and adult products such as body and facial powder. Talc products regularly used in the genital area could… read more?

Do I Have a Case Against Johnson & Johnson?

If you or a loved one has been diagnosed with ovarian cancer and used Johnson & Johnson powder products containing talc for a significant amount of time, call to consult with one of our lawyers who will be happy to help answer your questions and explain what legal remedy may be available for you. We… read more?

What Are the Signs of Ovarian Cancer?

Cancer.org outlines the signs and symptoms of ovarian cancer, stating that women are more likely to experience the following symptoms if the cancer has spread. Common symptoms include the following: BloatingPelvic or abdominal painDifficulty eating or feeling full quicklyUrinary problems such as urgency or frequency Other symptoms might include: FatigueUpset stomachBack painAbdominal swelling If you experience… read more?
More Talc Product & Ovarian Cancer FAQs

Settlement for victim in significant crash with a rock hauler that ran a red light. The driver was ejected from the vehicle and suffered multiple fractures, abrasions and facial wounds.
$75,000

A negligent driver turned left in front of our client, causing our client’s SUV to flip over.  EMS transported our client to the hospital.  The rollover crash resulted in neck, head, and shoulder injuries.

Robert was involved in a motorcycle accident and initially hired another law firm. When they couldn't help, The Ruth Law Team took on the case and was able to get him financial compensation for his accident. Learn more about Robert's story in the video below.…
$250,000

Settlement for victim injured when hit head on by commercial truck. She experienced significant injuries including compound fracture of tibia and fibula that broke through the skin requiring surgical repair.
$2,000,000

Settlement for a woman who was severely injured in a crash caused by a distracted driver. Our client suffered lifelong injuries including a traumatic brain injury and pelvic fractures and has spent a considerable amount of time in a rehabilitation center.
$800,000

This client was involved in a three-car collision when he was hit from behind and pushed into the car in front of him. He had recently undergone shoulder surgery and suffered further injury to the joint.
$339,000

Settlement for Bicyclist in Dunedin

Our firm recovered $339,000 for a bicyclist who injured his back when he was hit by a careless driver. His injuries required back surgery. The careless driver carried $100,000 in insurance limits and our client received those policy limits from the at fault driver. On…
$350,000+

Our law firm recovered over $350K for a woman struck as a pedestrian at night in a disputed liability claim. Our client required an extensive hospital and rehabilitation for injuries including a broken pelvis, closed head injury and low back injury. Her comments | Read more?
$175,000

Our client’s car was struck by a driver who ran a red light resulting in a closed head injury and a shoulder tear.
$650,000

Settlement for the family of a victim who died after inhaling fumes from a sealant product produced and sold nationally. The product is known to cause serious injury and death but no warnings and no recall was issued.
$160,000

Settlement to our client after being hit by a car which ran a stop sign.
$89,999

The at-fault driver in this crash was driving under the influence when he swerved into our client’s lane and hit him head on, causing a significant impact on Gunn Highway. Our client suffered injuries to his shoulder, neck and back. We were able to obtain…

The Ruth Law Team is currently accepting cases nationwide against Johnson & Johnson on behalf of women who have been diagnosed with ovarian cancer and, unaware of the risk, had used talc based products (ie. Johnson’s Baby Powder and Shower To Shower body powder) for a number of years. 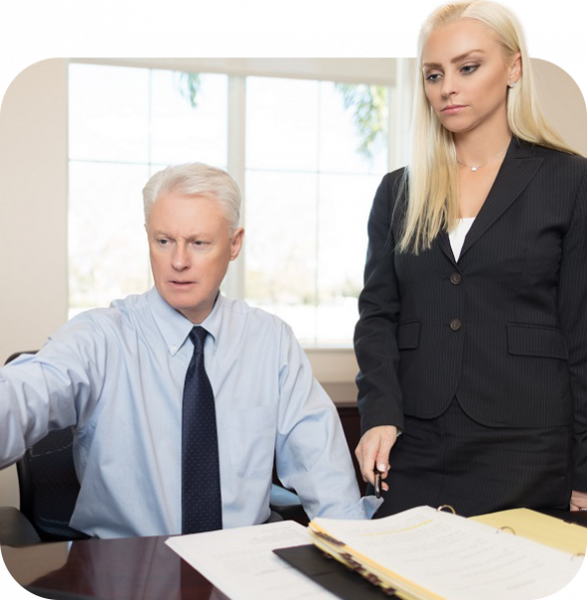