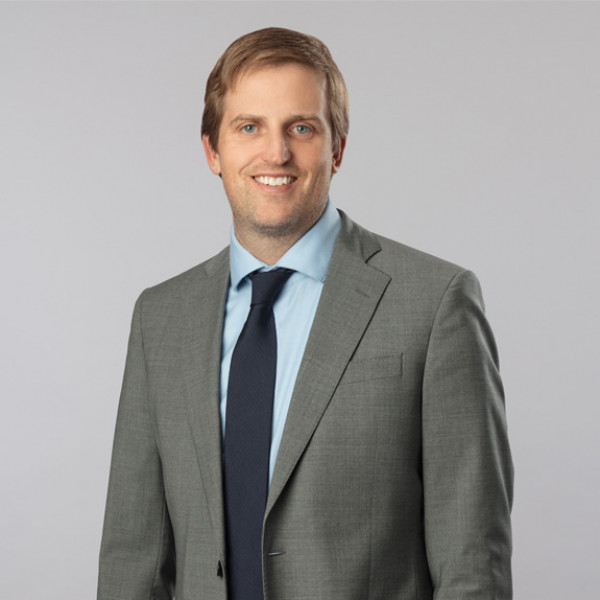 Eric Roslansky is a Board Certified Specialist in Civil Trial Law and has earned a great reputation in the legal community. As an accomplished trial attorney, Eric has earned more than $100 million dollars in jury verdicts on behalf of his clients. He graduated with honors from the University of Nevada with a Bachelor of Arts Degree in Political Science. While at the University of Nevada, Eric played NCAA Division I Tennis. He went on to receive his Juris Doctor Degree from Stetson University College of Law and interned at the State Attorney’s Office for the Sixth Judicial Circuit, Pinellas County. Eric’s experience includes working at the Law Firm of Fisher & Sauls, P.A. and the Law Firm of Schofield & Spencer, P.A. before becoming associated with The Ruth Law Team. Eric is also admitted to practice in Federal Court in the Middle and Southern Districts of Florida as well as all Minnesota and Georgia state courts.

In June 2017, Eric became a Board Certified Specialist in Civil Trial Law. Only seven percent of eligible FL bar members are Board Certified in at least one of 26 specialty areas. Additionally, Eric was recently selected for membership in the Distinguished Justice Advocates, a recognition offered to less than half of 1% of all attorneys in the U.S. He has also earned membership in The National Trial Lawyers: Top 100, which is offered to highly qualified civil plaintiff lawyers who meet stringent qualifications in experience, skill, and success.

When Eric does take time off from work, you’ll generally find him outside with his family. He enjoys boating, fishing, surfing, and golfing. He has served as a mentor with Big Brothers and Big Sisters of America and as a volunteer for Habitat for Humanity.

See what one of Eric’s client’s has to say about him and The Ruth Law Team:

Attorney Eric Roslansky and his paralegal, Nicole, of The Ruth Law Team provided excellent service throughout the duration of my case. I have already referred two people to their office because I was so impressed with their professionalism and the way they handled my lawsuit. Thank you!

Just wanted to say Eric Roslansky and Rick McCarthy did a great job handling my case and would definitely recommend them for anyone needing an excellent law firm to use Ruth Law Team.

Eric, Rick & his entire team did an amazing job with our case. They truly care in treating their clients with dignity and fairness. They turned a horrible situation into something that has made a difference in our lives. No we can put this all behind us and live our lives. thank you to them all!!!

Absolutely the best experience a person could have under these circumstances. Eric, Rick, and the team went well beyond all expectations and brought more back to us than we expected, even after our original attorney team said there was no case. Our deepest gratitude to all at The Ruth Law Team.

Eric and Nicole were unbelievable! I couldn't believe what they were able to accomplish for me. I had almost daily contact with one or both of them throughout my case. Would recommend them to anyone!