Like other IUDs, Paragard may be removed when the patient decides she would like to become pregnant or no longer wishes to use the IUD. However, upon removal, women have experienced complications due to a defective product design.

The Paragard is a hormone-free, copper IUD device. In fact, it is the ONLY copper IUD device on the market and is designed to prevent pregnancy for up to 10 years.  Like other IUDs, Paragard may be removed when the patient decides she would like to become pregnant or no longer wishes to use the IUD.  However, upon removal, women have experienced complications due to a defective product design.

These complications are not only physically harmful, but they can also cause emotional distress.  The Ruth Law Team is here to help women nationwide who have suffered due to Paragard IUD arm breakage.  We have female attorneys available to discuss your case and evaluate your claim. Do not hesitate to call today.  Your time to file a claim is limited! Reach us day or night at (888) 783-8378.

Speak to an Attorney
Paragard Legal Update In December 2020, an MDL, or multidistrict litigation, was establish in the Northern District of Georgia. The Honorable Leigh Martin May is presiding over the cases.  The MDL consolidates all cases into a single court to allow for more streamlined proceedings. This is NOT the same as a class action lawsuit, and our attorneys will address and handle your case individually. However, the amount of time allowed to file a claim varies from state-to-state.

Just wanted to say Eric Roslansky and Rick McCarthy did a great job handling my case and would definitely recommend them for anyone needing an excellent law firm to use Ruth Law Team.

Ruth Law Team took care of everything from my bodily injuries to the final settlement. I am very impressed with their professionalism and attention to detail. Ruth Law Team went the extra mile to provide confidence and caring.

Everything was taken care of very well, and we like this firm very much. They treated me like a Gold Card and not a Discover Card!

Great handling of my case. 100% recommended.

Thank you for all your help.

What is the problem with Paragard IUD?

Designed to be easily reversible, unfortunately the Paragard hormone-free IUD has caused serious issues for women upon removal.  Patients and physicians are learning the IUD arm(s) may easily break while attempting to retrieve and remove the device.  The IUD arm may become lost in the body, requiring scans or other imaging to locate the device… read more?

Do I Need a Paragard IUD Attorney?

Sadly, this defective design has caused not only physical trauma to women, but also emotional trauma.  Plaintiffs attorneys have filed 100+ lawsuits, and we anticipate many more to follow. Only you can decide if you would like to take legal action.  However, be aware there is a LIMITED TIME to file a claim.  If you… read more?
More Paraguard IUD FAQs

Our law firm recovered over $350K for a woman struck as a pedestrian at night in a disputed liability claim. Our client required an extensive hospital and rehabilitation for injuries including a broken pelvis, closed head injury and low back injury. Her comments | Read more?
$17,000

Settlement for victim given multiple unauthorized enemas within several hours causing a perforated bowel. This resulted in our client having to have a colostomy for the remainder of her life.
$1,795,000

In May 2019, a Pinellas County jury awarded our client $1.795 million after her car accident in which she suffered injuries to her neck resulting in surgery.
$250,000

Recovered for victim of sustained multiple falls, fractured arm, infections, bedsores on back and heels, and became malnourished and dehydrated.
$262,500

Settlement obtained for victim admitted to the hospital following infection in recently replaced hip. While in the hospital he was not appropriately turned and re-positioned and he developed a large bedsore on his back which reached down to the bone.
$1,000,000+

The insurance company tendered the policy limits for a client who survived multiple fractures and brain injuries and after a bike accident in Tarpon Springs.
$350,000

Settlement for driver sideswiped by a commercial vehicle. The victim suffered neck and low back injury resulting in lumbar laminectomy. The driver also suffered from depression and anxiety which was aggravated by this collision.
$200,000

$200,000 settlement for a gentleman who was bicycling on a city street and caught his hand/handlebar on a utility wire, causing him to sustain multiple fractures when he flipped over his bicycle.
$800,000

A 37 year-old man was riding his motorcycle on I-275 in Tampa, Florida when he struck a wood pallet causing him to be thrown up in the air before hitting the roadway. After extensive litigation including many company depositions, our attorneys proved the company’s negligence…
$840,000

Settlement for resident of rehab facility caused death from malnutrition and infections from pressure sores due to neglect. 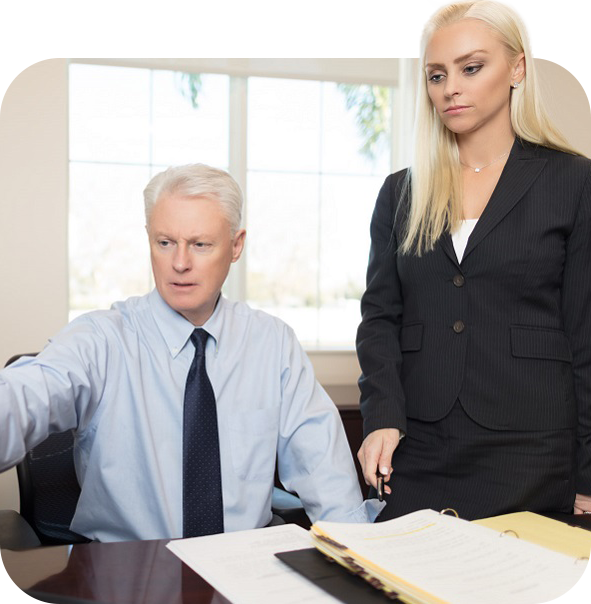