Government regulations on manufacturers that produce dangerous products often lack teeth and offer little more than a wrist slap. An experienced product liability lawyer can help individual citizens prosecute reckless or negligent manufacturers of defective or mislabeled products. This type of lawsuit is often the consumer’s most effective weapon against unreasonably dangerous products.

If you or a loved one has been injured by the failure of a dangerous or defective product, a product liability lawyer at the Ruth Law Team can help.

A product may be considered dangerous or defective for various reasons.

Any consumer product can be considered dangerous or defective, including motor vehicles, baby products, medical devices, and pharmaceutical products that are unreasonably dangerous when used appropriately. Even if the product has not been subjected to a recall, consumers possess the power to file a claim for their injuries and damages. As a result, manufacturers are constantly working to pass laws to limit consumer rights.

You can review a full list of medical devices and medications we are currently investigating.

The product liability attorneys of the Ruth Law Team have extensive experience in developing and pursuing claims against negligent manufactures on behalf of our clients. Call for a FREE consultation today and you’ll speak with an attorney who will be happy to answer your questions and offer legal guidance. Call (888) 783-8378.

My first time in a car accident and was very scared, pregnant and confused. Ruth Law Team was very comforting, prompt, and professional since day one. Definitely kept me at ease and on top of everything. If ever needed, they are my first call again! Thank you Jessica and Carlos!

Their quick, timely responses with immediate feedback (no matter the time or hour) were absolutely amazing and helpful.

The very best. Great communicators. They have your back 100%. I would refer anyone who is in need of an attorney to The Ruth Law Team.

Carlos [did] an awesome job. Helped me all the way. Thanks.

I am glad I picked The Ruth Law Team. Eric Roslansky was very comforting and professional with my accident. The staff was very courteous and friendly always answering questions happily. I would recommend them any time.

Settlement obtained for victim admitted to the hospital following infection in recently replaced hip. While in the hospital he was not appropriately turned and re-positioned and he developed a large bedsore on his back which reached down to the bone.
$275,000

Amount recovered for car accident victim who was severely injured when her vehicle was hit by a commercial truck that crossed over into her lane. She experienced permanent neck, jaw and shoulder injuries and had to undergo surgery on her neck.
$1,200,000

Verdict for a nursing home resident attacked by fire ants in bed. Our client was covered in blisters on arm, neck, back & upper torso and was unable to get out of bed. No one came to help.
$250,000

Recovered for victim of sustained multiple falls, fractured arm, infections, bedsores on back and heels, and became malnourished and dehydrated.
$200,000

$200,000 settlement for a gentleman who was bicycling on a city street and caught his hand/handlebar on a utility wire, causing him to sustain multiple fractures when he flipped over his bicycle.
$360,000

Settlement for victim who took drug for several weeks and suffered severe kidney and muscle damage. The drug was ultimately recalled.
$250,000

Settlement received for our client who was rear ended on the highway. The vehicle rolled several times and the victim sustained multiple fractures and lacerations.
$250,000

Settlement recovered for a nursing home resident who sustained multiple falls, fractured arm, developed infections, bedsores on back and heels, and became malnourished and dehydrated.
$2,400,000

On behalf of our client and the client’s family, our firm worked diligently to ensure adequate compensation for a devastating incident of medical malpractice. Such results do not come easily, but only after many, many hours of work and months of litigation. While there is…
$150,000

Our client was at a car wash drying her vehicle when she stepped into a gaping hole in the pavement, causing her to fall. She suffered a broken coccyx and broken ribs, ultimately resulting in a $150,000 settlement.
$275,000

Verdict of $275K obtained for a driver rear ended at high rate of speed while stopped in traffic for a school bus. Our client sustained significant injury to his knee, resulting in surgery as well as injuries to his neck and a concussion.
$550,000

Our attorneys were able to settle an auto accident case for $550,000 on behalf of a gentleman in St. Pete who was t-boned in his Honda Civic due to a negligent driver. Our client suffered injuries to the chest, back and neck. Additionally, he underwent…

A knowledgeable product liability lawyer at the Ruth Law Team can advise you of how to proceed in the event of an injury caused by a defective product. For example, we can advise that injured consumers preserve any potentially defective product. This is very important because the consumer may be left with no proof if the item is lost, and the possibility of a successful lawsuit could be diminished. In addition, we can investigate manufacturing practices and date as well as hire credible experts to help prove a causal link. 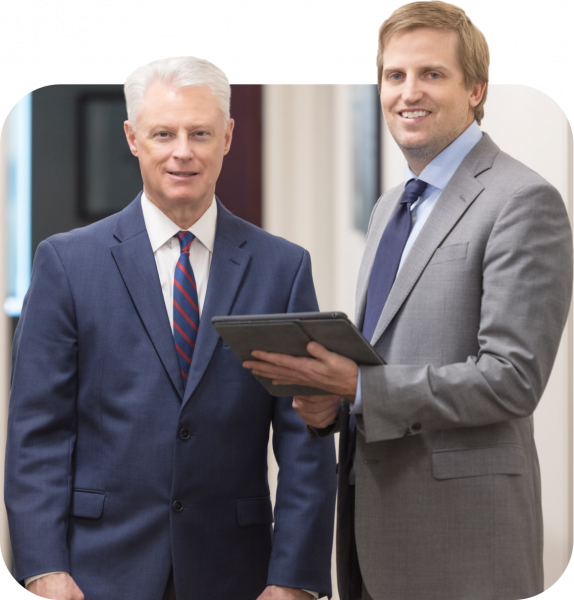